Schafeltennis is a unique combination of chess and table tennis. How exactly?

Schafeltennis is played in a tournament format and consists of a x number of rounds. Participants are linked to each other during each round. In each round, both table tennis and chess are played against each other. Points can be obtained in both disciplines and the one with the most points after the last round is the champion.

Schafeltennis combines two sports that are quite different, but apparently also complement. Since 2008 there has been a Dutch championship.

Since 2010 there is also the annual Wageningen Schafeltennis tournament. To be held every year in January. The organization is in the hands of Robin van Leerdam (WSV and TTV Shot) and Lau Simonse (TTV Shot). Registration for both WSV and Shot can be done via an online registration form. 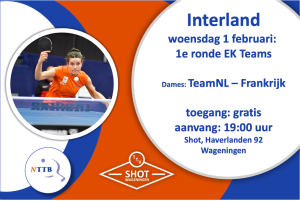